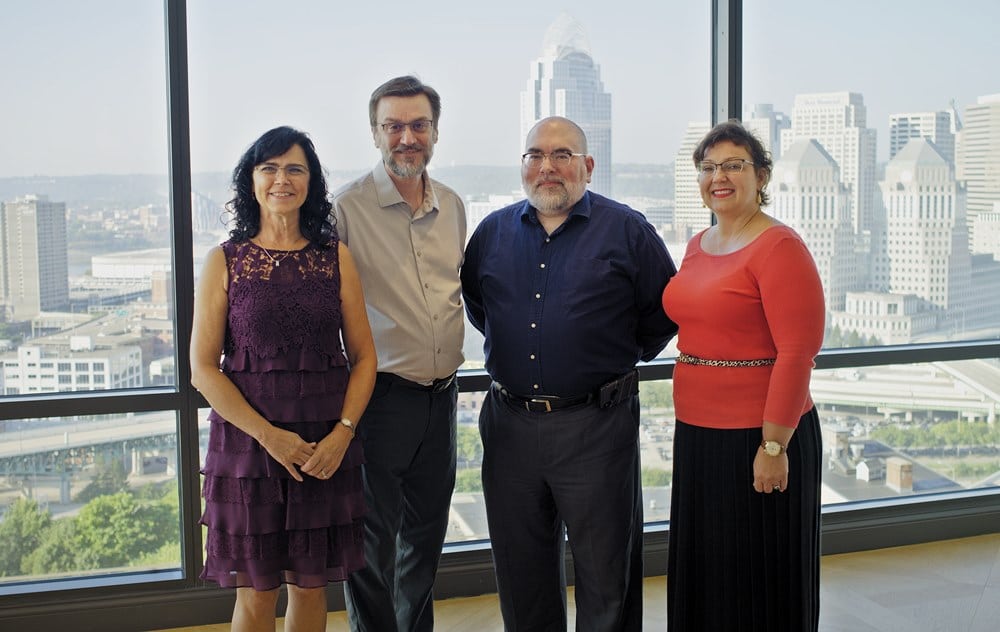 When an infection occurs, the body will respond with chemicals to fight it – and when these chemicals become out of balance, a potentially life-threatening condition known as sepsis can occur. If not addressed quickly, sepsis can progress to septic shock and, potentially, death.

In Greater Cincinnati, the TriHealth health system’s IT and Informatics team wanted to make a difference in patient outcomes by getting in front of this life-threatening condition.

By utilizing existing technology in a creative way, they have configured TriHealth’s electronic medical record (EMR) software, known as Epic, to aid clinicians in diagnosing sepsis more quickly and accurately, as well as complying with the CMS Core Measures bundle for treatment.

The collaborative team of TriHealth clinical, IT, and informatics professionals has developed workflows for diagnosing and treating Emergency Department (ED) and hospital patients who either present with severe sepsis or develop severe sepsis after being admitted. These tools, coupled with sepsis-specific documentation and ordering workspaces, have contributed to significant improvement in core measure compliance. They’ve also helped to standardize and optimize system-wide clinical workflows related to diagnosing and treating sepsis.

TriHealth’s sepsis baseline numbers in November, December, and January saw Core Measure bundle compliance rates of 41%, 51%, and 43%. After implementing these improvements at the end of February 2018, TriHealth saw compliance rise to 65% in March, 68% in April, and 67% in May. Since May of 2018, the health system has consistently complied with all components of the Core Measure bundle for 60%-80% of sepsis patients between its two flagship hospitals, Bethesda North and Good Samaritan.

“This is all very difficult work to accomplish due to the scope and needs for identifying and treating septic patients,” shared Chris Cionni, Solution Leader for the Applications Solutions Center at TriHealth. “The results we’ve seen with our sepsis build and optimization is a great example of how our technology systems and workflows can have a significant impact on patient outcomes.  We’re extremely proud of the work and results the TriHealth IT and Informatics Sepsis team have accomplished.”

On the heels of this success, the focus has now shifted to the inpatient population and clinicians. Best Practice Alerts now trigger upon opening a patient’s chart, and other alerts drive nurses and physicians to a Sepsis Navigator where they can initiate a Sepsis Order Set when all relevant criteria (SIRS, end organ failure, and infection criteria) are met. The Sepsis Navigator is a one-stop shop where clinicians can access all relevant documentation and ordering tools for sepsis.

The inpatient workflow solution is currently being piloted in an Intensive Care Unit at Bethesda North, with zero CMS fallouts (negative scores) reported in the unit for severe sepsis in May 2019 — demonstrating success and a big win for TriHealth. Additionally, the team has recently developed a homegrown method for automatically identifying and timestamping Sepsis Time Zero, the moment when all severe sepsis criteria have been met for a given patient. This runs constantly in the background and will alert providers the moment a patient has been identified in the system with severe sepsis.

The Health Collaborative is proud to recognize the IT and Informatics Sepsis Team at TriHealth as finalists for the 2019 Inspire Healthcare Technology Award. Their life-saving improvement strategies and creative use of technology is inspiring!

Watch for more articles profiling the work of our award finalists throughout October, as we lead up to the 2019 Inspire Healthcare Dinner and Awards Celebration.